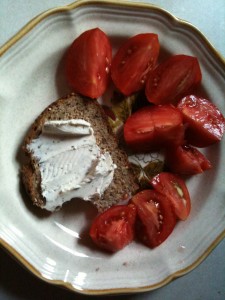 When I suggest to my clients that they write down everything they want to organize and change in their lives, most often their health and weight are at the top of the list. Here are a few ideas to help you create and maintain optimum body weight.

First of all: STOP DIETING.

My credibility on that statement is, I don’t diet and I don’t have weight issues. You could say I’m a “naturally” slender person, but that’s not really true in the sense that I worked hard for many years to become aware of my feelings and learned to use them as a guide – rather than external prompts.

By external prompts I’m referring to artificially limiting what you eat, how much you eat, or the times you eat.

I don’t do any of that – I just eat what I want and when I want – which is maddening to some people. However, it’s not that simple, I’ve learned to want what’s good for me. To put it another way, I’ve learned to want what contributes to optimum weight and good health. And I’ve learned to eat more slowly, enjoy what I’m eating, and know when I’ve “hit the wall” as a friend of mine used to say. When I hit the wall, it’s not exactly like I’m full, it’s that I know I’ve had enough: at this point, food doesn’t taste as good as it did when I started eating.

And where food is concerned, I encourage breaking the rules, because over the years I’ve seen them change. Egg yolks are bad for you, then they’re good for you. The same goes for butter, and so on. So instead of following rules, I suggestion listening to what your body wants and eating it in moderation.

Recently I read that it’s really, really important for a variety of reasons to slow down and chew. That’s good common sense and doesn’t strike me as something that will change. Somehow I can’t imagine reading something that says, “Yep, the best thing for health is to wolf your food down barely aware that you’re eating.” Not gonna happen.

This entry was posted in Awareness/Mindfulness, Change, Organizing, Personal Growth, Psychology and tagged Organize, organize your diet, organize your health, psychology of organizing. Bookmark the permalink.