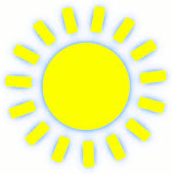 Ram Dass said, “Treat everyone you meet like God in drag.”

I love that quote. It’s such a great reminder. And in the same spirit: Treat everything that happens to you as a gift from God.

I have had problems with anxiety since I was a kid growing up amidst alcoholism. For example, I was having anxiety in the form of panic attacks occasionally when driving. During meditation I realized the source was my dad driving home drunk from family parties. I was in the back seat, terrified as the car lurched and swayed.

Alcoholism is a disease and a form of insanity. It’s very hard for children to deal with it in a positive way. I don’t blame my father for the disease he had. He did the best he could with the conflicting circumstances in his life. My saying is: It may not be your fault, but it’s your responsibility.”

Identify the source of your problems, and then go solve them.

In that spirit, I spent this past weekend taking an intense, transformative workshop in New York. It was a powerful — and sometimes painful — experience. A lot of people who were there were definitely God in drag. The trainers were, too. One of them told me that instead of judging my anxiety negatively, I would be better served if I looked at it as my teacher. Cool. My new mantra: Anxiety is my Guru.

Ram Dass sums up my weekend experience best: “I would say that the thrust of my life has been initially about getting free, and then realizing that my freedom is not independent of everybody else. Then I am arriving at that circle where one works on oneself as a gift to other people so that one doesn’t create more suffering. I help people as a work on myself and I work on myself to help people.”

This entry was posted in Being Positive, Change, Empower, Personal Growth, Psychology. Bookmark the permalink.